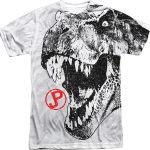 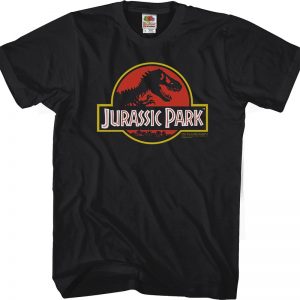 This Big Print Jurassic Park T-Shirt options the enormous head of Tyrannosaurus Rex with its mouth open. Within the Steven Spielberg blockbuster Jurassic Park, the bioengineering firm InGen created a theme park that was populated by cloned dinosaurs. The biggest and most ferocious of the dinosaurs was the dreaded T-Rex. With the T-Rex including thrills and pleasure, Jurassic Park grew to become some of the profitable films of all time!

Let everybody know that you’re a fan of the unforgettable film with this Big Print Jurassic Park T-Shirt!