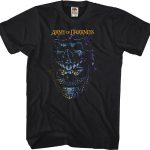 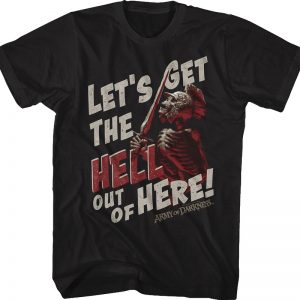 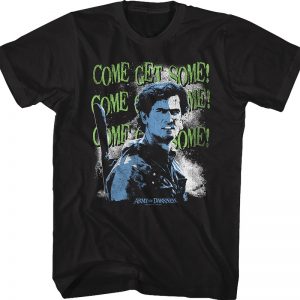 This Army of Darkness t-shirt features an image of Evil Ash after he was resurrected from his grave.

In Army of Darkness, Ash was searching for the Necronomicon Ex-Mortis, and was chased by a demon into a windmill. Once inside the windmill, Ash broke a mirror, which created Mini-Ashes. One Mini-Ash jumped in Ash’s mouth, separated from Ash’s body and became Evil Ash. Ash killed Evil Ash and buried him, but when Ash forgot the magic words for the Necronomicon, Evil Ash was raised from the dead to face Ash one last time.

For any fan of the Evil Dead series, this Evil Ash Army of Darkness t-shirt is a must have!