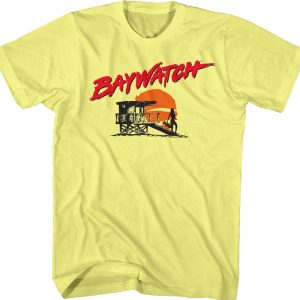 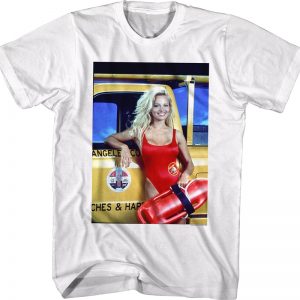 This Baywatch t-shirt shows a silhouette of a lifeguard posing beside a palm tree. In the background, the sun is setting as seagulls fly over the ocean. The image looks like it has been colored in with crayons.

In 1989, Baywatch premiered, and the show went on to become one of the most successful television series of all time. In each episode, the lifeguards who patrolled the beaches of Los Angeles County and saved swimmers and each other from everything from druglords to sea monsters to Gilligan.

For any fan of the unforgettable series, this Los Angeles Baywatch t-shirt is a must have!