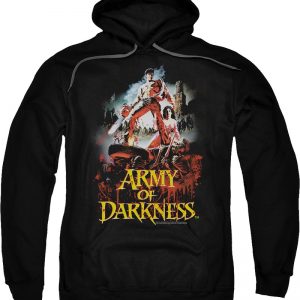 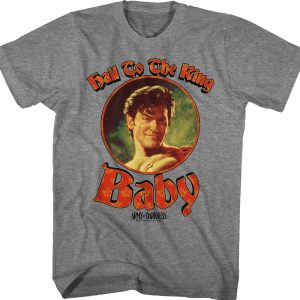 This Army Of Darkness t-shirt features the logo for Sam Raimi’s 1992 horror/comedy classic.

Army Of Darkness is the third installment in the Evil Dead franchise, and continuing from Evil Dead II, and follows Ash Williams as he is trapped in the Middle Ages and battles the undead in his quest to return to the present.

Army of Darkness won the Saturn Award for Best Horror Film, and the movie continues to attract new audiences to its cult following. Everyone will immediately know that you are a fan when you wear this Movie Logo Army Of Darkness T-Shirt!