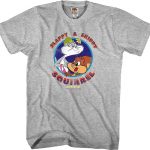 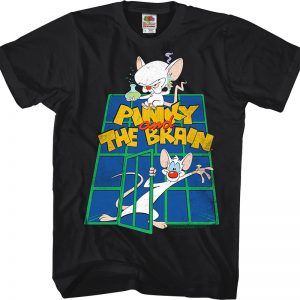 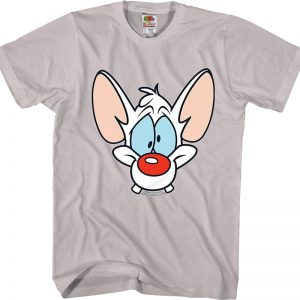 This Animaniacs t-shirt shows the elderly, grouchy squirrel Slappy Squirrel and her cheerful nephew Skippy Squirrel. Skippy represents a cuter style of cartoon characters, while Slappy is a more chaotic and old-school character, especially when using violence against her enemies Walter Wolf, Sid the Squid and Beanie the Brain Dead Bison. Show that you are a fan of the squirrels who lurk in a treehouse in Burbank, California with this Slappy and Skippy Squirrel Animaniacs T-Shirt!