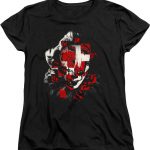 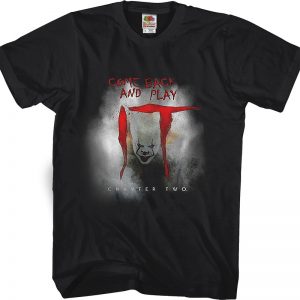 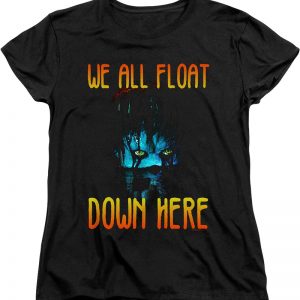 Womens Come Back And Play IT Shirt Official Merch 90S3003

This womens IT shirt shows various images covering Pennywise the Dancing Clown’s face. The images include red balloons, children’s hands, and a spider web. The shirt reads Come Back And Play.

In 1989, seven friends that called themselves the Losers’ Club confronted the killer clown Pennywise and forced him to retreat. Twenty-seven years later, Pennywise returned, and invited the Losers’ Club to come back and play one more time!

For any fan of Pennywise the Dancing Clown, this Womens Come Back And Play IT Shirt is a must have!