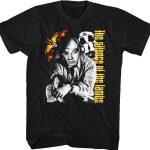 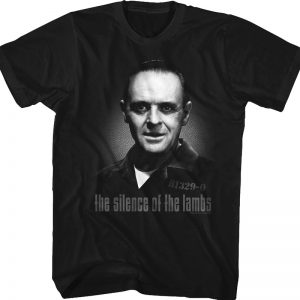 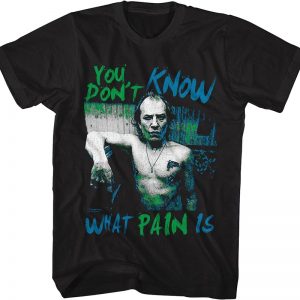 This Silence of the Lambs t-shirt features a collage of serial killer Buffalo Bill. The collage shows a Death’s-head Moth, an image of Buffalo Bill, and cut-out images of faces pasted over Buffalo Bill’s face.

Jame Gumb was a serial killer who was nicknamed Buffalo Bill. Gumb kidnapped Catherine Martin, held her captive in a basement, and lowered a bucket of lotion to her with the intention of making a skin suit for himself. Clarice Starling’s encounter with Buffalo Bill at the end of the movie is one of the most thrilling moments in cinematic history.