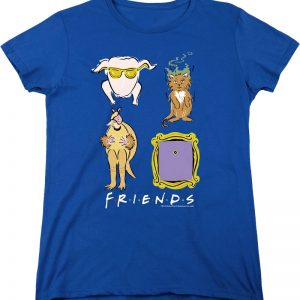 Friends premiered in 1994, and immediately became a massive hit. The series that followed Chandler, Rachel, Phoebe, Ross, Monica, and Joey through romance, laughter, tears, and career choices became one of the most popular sitcoms of all time.

Everyone will know you area fan of the iconic series when you wear this Friends T-Shirt!