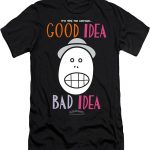 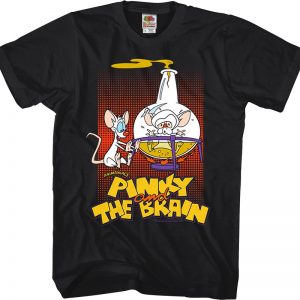 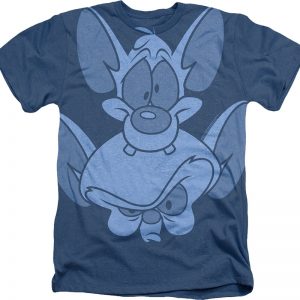 Good Idea, Bad Idea is a recurring Animaniacs phase first featured within the seventeenth episode. Every phase, narrated by Tom Bodett, would present a “good concept”, adopted up by a “dangerous concept”, each illustrated by scenes with Mr. Skullhead doing each issues, and struggling because of the dangerous concepts. Good concepts included enjoying the piccolo in a marching band, stopping to scent the roses, and kissing a cherished one. Bad concepts included enjoying a piano in a marching band, stopping to really feel the roses, and kissing a complete stranger.

Everybody will know you’re a fan of Mr. Skullhead’s good and dangerous fortunes once you put on this It’s Time For Another Good Idea Bad Idea Animaniacs T-Shirt!