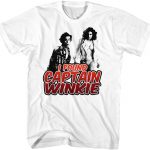 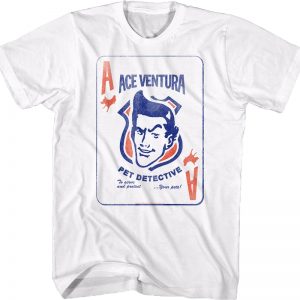 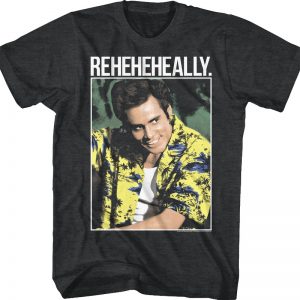 This Ace Ventura t-shirt features an image of the pet detective with Lois Einhorn. The shirt reads I Found Captain Winkie.

In the 1994 comedy Ace Ventura, the pet detective was investigating the kidnapping of the Miami Dolphins mascot Snowflake. Ace knew that Lt. Lois Einhorn and former Dolphins kicker Ray Finkle were involved, but he couldn’t figure out their connection. Ace finally realized that Ray Finkle had changed his identity and his name to Lois Einhorn. To prove his point to the police force, Ace tore off Lois Einhorn’s clothes and delivered the quote on this t-shirt.

For any fan of Ace Ventura, this Captain Winkie t-shirt is a must have!