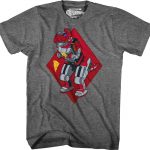 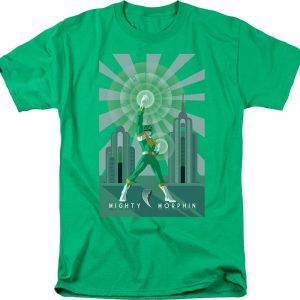 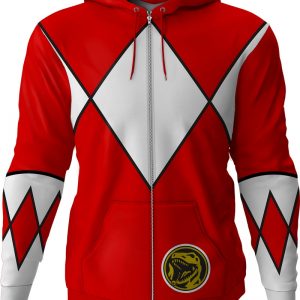 Jason Lee Scott, the Purple Ranger, piloted the Tyrannosaurus Dinozord. It had the power to fireside vitality blasts from its eyes. It might additionally roar so strongly that it created seismic blasts, channeling the Earth as a weapon and vaporizing monsters. It might additionally stand on his tail and kick his opponent like a kangaroo. The Tyrannosaurus remained underground whereas not in use, and might be remote-controlled by Jason ought to he must pilot the Dragonzord in its Battle Mode.

You may have all people saying, “It’s Morphin Time! Tyrannosaurus!” whenever you put on this 90s-outfits.com unique Tyrannosaurus Dinozord Mighty Morphin Power Rangers T-Shirt!